Consumer debt is an epidemic to which the materialistic human beings are very susceptible. Multiple debts can indeed make your life a misery but do you know what’s the right way out of this suffocating situation? Financial gurus suggest a number of approaches to eliminate your debt. Among them “Debt Snowball” and “Debt Avalanche” are two popular choices. So, which one is the right strategy for you? Let’s discuss.

A closer look at Debt Snowball

Popularized by the famed financial expert and radio talk show host Dave Ramsey, debt snowball is a process by which you pick the smallest debt to pay off first and gradually move towards the bigger ones. This method requires you to allot as much as possible to the smallest debt while paying the minimums on the rest. As your debts get cleared one by one, the snowball of cash that you can pay to clear your bigger debts gets bigger.

Debt snowball is certainly an effective way to extricate yourself from debt. It is best suited to revolving debt like credit card debt. A debt snowball calculator can help you to manage things better.

Also Read: 8 Mistakes to Avoid When Using a Credit Card 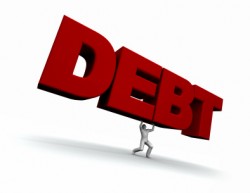 Financial planners have been using this method for years. Debt avalanche is quite similar to the concept of debt snowball. With debt avalanche you order your debts by interest rate (from the highest to the lowest). You need to throw as much as possible at the debt with highest rate of interest while paying the minimums on the rest. After you succeed in paying off the chosen debt, target the next highest interest debt. Proceed in the same manner till you are a debt free and happy man.

Mathematically speaking, debt avalanche is cheaper and faster way to get out of debt than other similar plans. With debt avalanche you get rid of the most damaging debt first because higher interest rate would mean that eventually you have to pay more. You need to pay the minimum amount of interest if you use this method. So you can start saving and be a winner in the long run.

There has been much debate on which is the best debt reduction method-avalanche or snowball. Debt snowball focuses on the emotional side of human beings. It assumes that paying off the smaller debts will give you a sense of victory. This early success will motivate you to pay off the rest of your debts.

Debt avalanche, on the other hand, has a more rational appeal. If you believe that good financial decisions are rational decisions then avalanche is perhaps the way you should go. It helps you to save more bucks than debt snowball by eliminating the debt with highest interest first. Avalanche has been often criticized as it doesn’t take into consideration the â€œhuman elementâ€ or â€œmotivation factorâ€ in the debt reduction process. This can be countered by saying that people can always set their own milestones like paying off the first $1000. Reaching that mark would have the same effect on human psychology as paying off the first debt.

What’s the right choice for you?

Debt snowball is suitable for people who prefer quick results, are essentially emotional by nature and want a debt reduction plan that is simple to follow. It can be very effective for people who have a wide range of balances. However, people with an analytical bend of mind would be more benefited by debt avalanche. If you are disciplined enough and have the required patience then debt avalanche can maximize the use of your money. Remember that you have to keep following this plan without expecting any kind of â€œquick winsâ€.

You must realize that being debt-free is not just a dream but a distinct possibility. All you need is discipline and a solid financial plan. Both debt snowball and debt avalanche can play an instrumental role to lead you to a debt-free destination. Make sure that you stick to it and remember what Dave Ramsey says- â€œyou can’t go wrong with getting out of debtâ€.

What are your views on the above two strategies followed to get out of debt. Which one do you prefer and why? Please share your valuable views in the Comments Section below.

[Editor’s Note: This post is submitted by our Guest Blogger David Brown. David is the founder of File Your Bankruptcy where he writes articles on Personal Finance. If you also want to write for EquiTipz, please read this.]